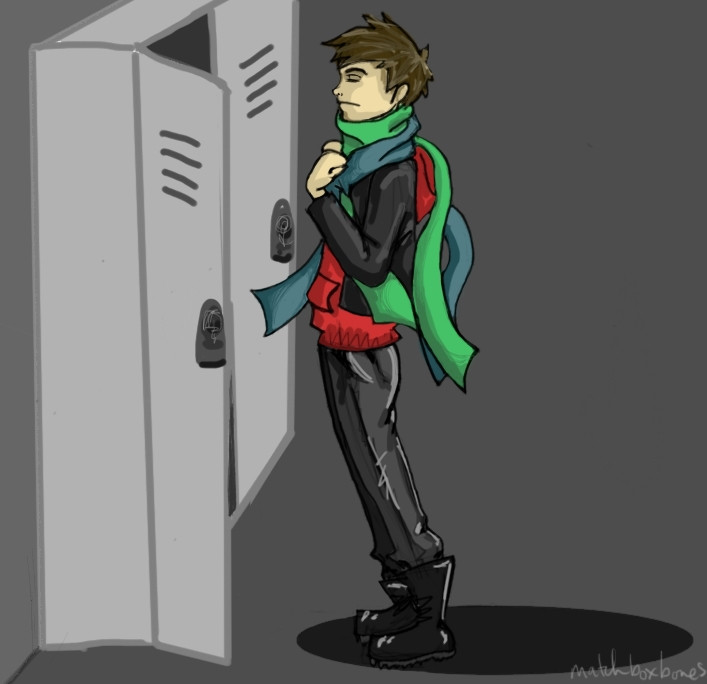 The above piece is probably the best thing I have ever seen, it captured how I imagined Frank would look so well and I just *flail* I couldn't help but get a bit teary eyed. 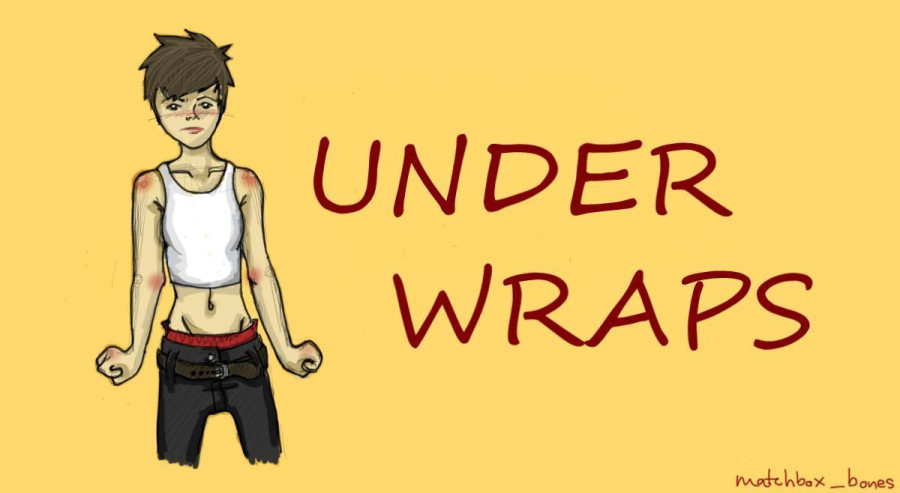 This is a lovely banner for the story that is just....it's amaazing.

( You are about to view content that may only be appropriate for adults. )

“Hungry,” Bandit says, walking up to her father and tugging on the bottom of his shirt, “Daddy!”

“Hmm,” Gerard hums, looking down and away from the canvas that he's contemplating to look at his daughter with a smile, “Okay honey, give daddy a minute, I have to clean up my mess.” Bandit just blinks at him and then turns around, walking shakily out of Gerard's study and toward the dinning room to stand in front of her chair with the special booster seat. “Okay princess B, what d'you wanna eat?” Gerard questions, sweeping into the room and lifting Bandit off her feet, grin growing as she giggles loudly and kicks her feet.

“Noodles, daddy, noodles,” Bandit answers as reverently as a toddler can, eyes shining as Gerard sets her on her booster seat so that he can see her while he rummages around in the kitchen and she won't get in the way.

“Anything for my baby girl,” he says as Bandit taps her heels against the edge of the chair. Noodles, great, I can totally make noodles....spaghetti is all noodles, Gerard thinks walking over to the pantry and looking for the package of noodles and the jar of sauce that he knows is in there somewhere, it has to be because his mama raised him better than to not have a jar of pasta sauce on hand at all times, and finding it in the back, near the green beans and that weird soy sauce stuff that Lyn can't seem to live without but nearly makes him gag if he even gets a whiff of it.

“Not a baby, daddy, big girl now,” Bandit says, repeating the line that she's been saying ever since he got back from Australia, frowning and resting her chin on her little balled up fists.

Gerard bites his lip to hide a chuckle as he turns to fill the large pot that he grabbed from the cabinet by the refrigerator with water and place it on the stove, “course you are, you're my big girl, aren't you, sweetie?”

“Mh-hmm,” she agrees, nodding her pigtailed head to only a beat she can hear. “Paper, daddy!” Bandit announces loudly and off topic as she points toward the stack of paper that's tilting dangerously to one side on the island between the kitchen and the dinning room.

Gerard glances at the stack and back to his daughter, “what's the magic word?”

Grabbing a small stack of paper and one of the boxes of crayons that seem to be in every room of the house these days, Gerard walks over to the table and slides them into Bandit's reaching hands, “Paper for pretty princess B, as commanded. What are you gonna draw?”

Rolling her eyes (and wow, Lyn must be giving her 'how to sass daddy' lessons or something because he can swear she wasn't doing that before Australia) Bandit huffs out a breath, “I can't tell you, daddy, it's a see-krit!”

“Okay, secret, I understand. I'll just be over there, making your noodles and making no noise at all,” Gerard laughs, backing from the table slowly and turning on his heel, only to see that the water has now started to boil over the edge of the pot, “Shi—ps, crap, ships, crap!” He rushes to the stove to try and, fuck what do you even do with water that's boiling over, pull the pot off of the burner without realizing that's a horrible fucking idea as the boiling water sloshes over his wrists making him jerk and get even more water spilled on his arms before he just drops it back to the stovetop. “Motherfluffer,” Gerard hisses between clenched teeth, reaching down to turn the burner off with a snap of his (burning, throbbing, sososo much pain) wrists before rushing to the sink to stick his forearms under the cool water coming from the tap.

“Daddy?” Bandit questions, looking up from the paper her green crayon is resting on.

Gerard takes short, deep breaths, trying to not sob because holy shit that was the most painful thing that has ever happened to me and I have been kicked in the balls and responds to his daughter in a tight voice, “How does pizza sound, princess?”